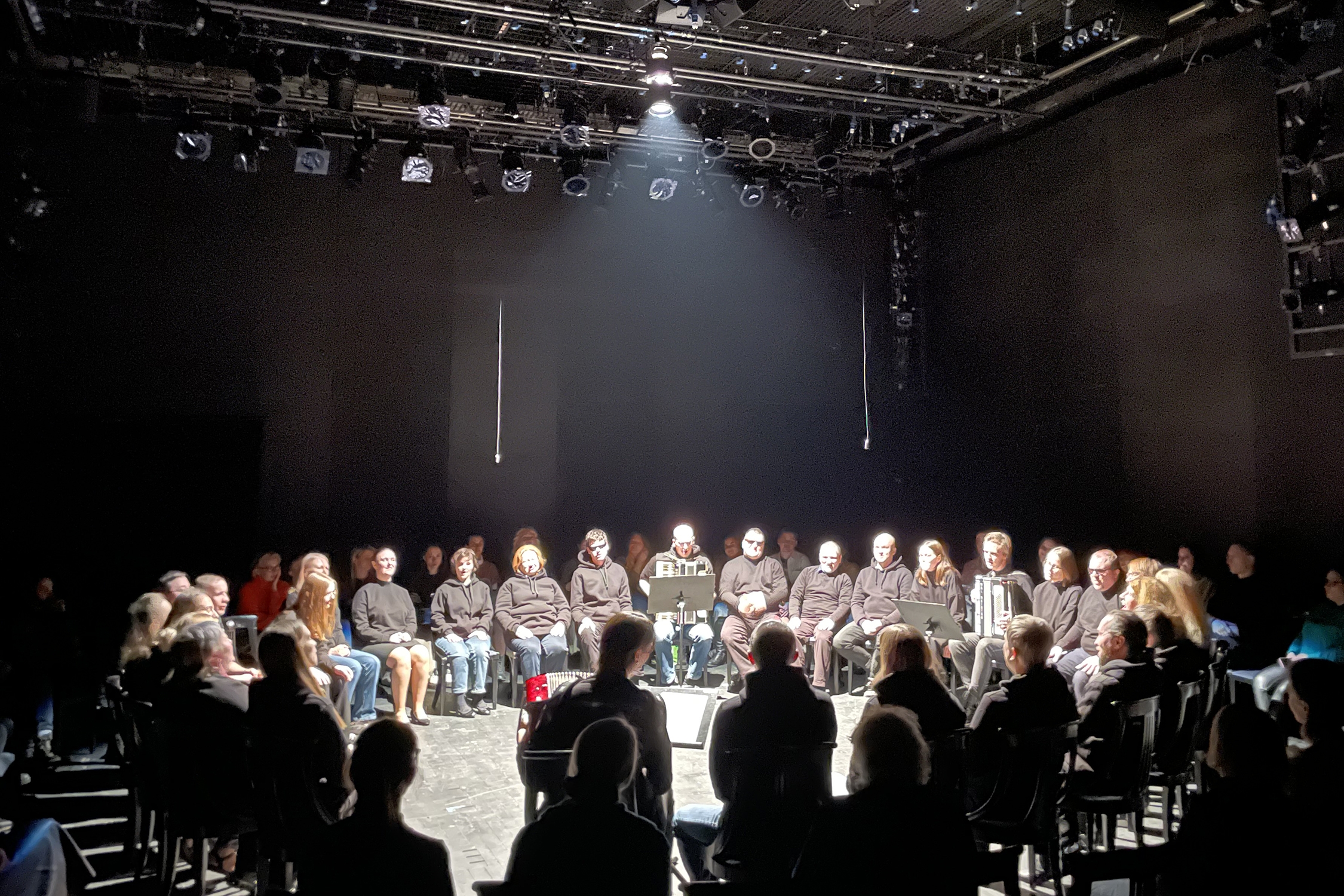 Inclusive Laboratory “Ne Zrya”* is a PRO ARTE Foundation’s project dedicated to the creative interaction of adults with visual and hearing disabilities and young professionals in the field of theater, music and visual arts.

In 2022-2023 classes of the Inclusive Laboratory are held at the Bolshoi Drama Theater named after Georgiy Tovstonogov (BDT), being led by professionals in the field of modern theater and new theatrical practices, including employees of the BDT. More than 30 participants take classes in the laboratory, 18 with visual and hearing disabilities among them, as well as young St. Petersburg actors, and volunteers.

The project is implemented by the PRO ARTE Foundation — with the grant provided by the Vladimir Potanin Charitable Foundation, and with the support of the Committee for Culture of St. Petersburg and “The Friends of BDT” Foundation.

Project partners: Bolshoi Drama Theater named after Georgiy Tovstonogov and Center for Medical and Social Rehabilitation of the Visually Impaired

*'Ne zrya' is a phrase in Russian having two very different meanings: 'not seeing' and 'not in vain'.