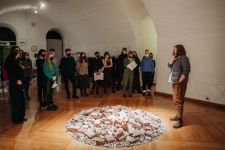 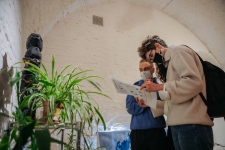 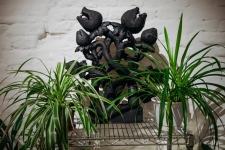 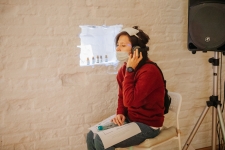 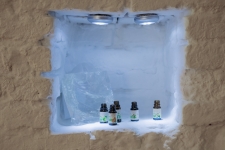 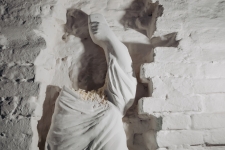 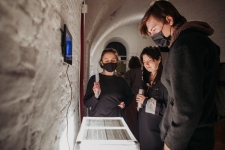 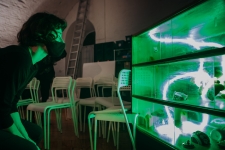 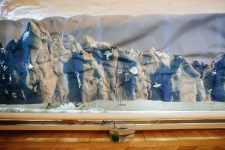 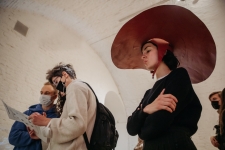 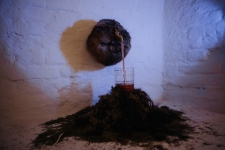 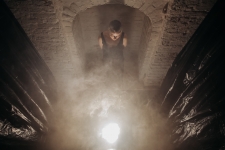 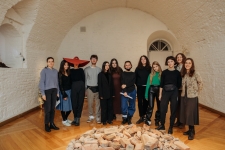 The Serenity of Disaster one-day exhibition is the result of the workshop by Irina Korina at the PRO ATE’s School for Young Artists. The theme addresses realities of our daily life — routine in the era of a global pandemic. Isolation and tense anticipation, a safe place and self-help, anxiety and deformation of the familiar — artists reflect on the image of a catastrophe, choosing their own systems of symbols.

Irina Korina graduated from the Theatre Design department of the Russian Institute of Theatre Arts in 2000. She also studied at Institute of Contemporary Art in Moscow, and in the Academy of Fine Arts in Vienna. As a stage designer, she collaborated with many Russian theatres, and in early 2000s, she started to work in cinema. In 2009, Korina was one of the artists presenting Russian pavilion at the 53rd Venice Biennale. In 2017, her installation was part of the main project of the 57th Venice Biennale. Her solo shows took place at the GRAD Foundation, London, Brooklyn Academy of Music, New York, Moscow Museum of Modern Art, the Steirischer Herbst festival, Graz. Korina took part in numerous group exhibitions, including the ones at M HKA museum, Antwerp, Saatchi Gallery, London, Kühlhaus Space, Berlin. She was awarded The Debut Prize for drama works in 1999 and the Soratnik All-Russian Contemporary Art Prize in 2006, 2009, and 2012, the Innovation Prize in Russia in 2008 and 2015 and the Terna Award for Contemporary Art in 2012 in Italy.