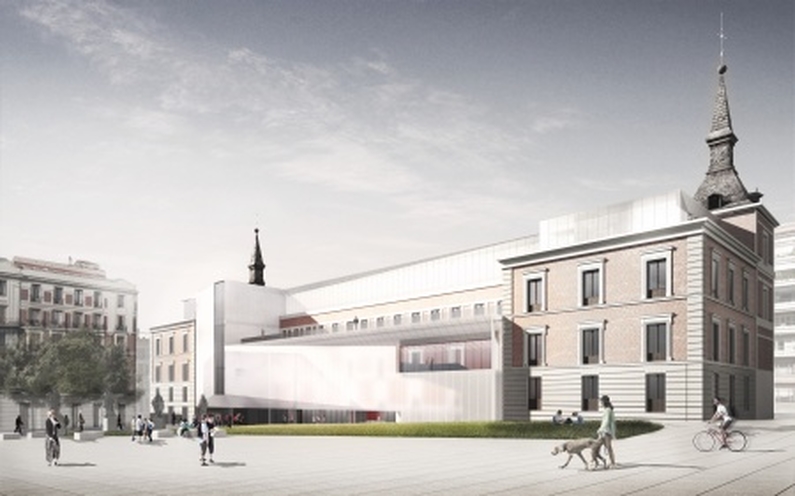 Mr. Gluckman will use examples of his work to discuss ‘The Diagram of the Museum’; strategies for access, circulation, spatial configuration and natural light; all in service to the fundamental relationship inherent in every exhibition space: that is, the relationship of the viewer to the object to the space they inhabit. A relationship that is evolving in the 21st c. as the curatorial imperative embraces new technologies and modes of display.

Richard Gluckman is an architect and partner of Gluckman Tang Architects (New York, USA). Since establishing his architectural practice in New York City in 1977, Richard Gluckman has occupied a special place in the world of art and design, creating distinctive spaces and buildings for artists, public arts institutions, art foundations, galleries and art collectors. Gluckman’s design approach is defined by an emphasis on architecture as an experiential opportunity; as a frame for art and human activity. The Gluckman Tang Architects has developed numerous projects including renovation and expansion of the Cooper Hewitt, Smithsonian Design Museum (New York, USA), restoration and six new buildings of the Picasso Museum in Málaga (Spain), renovation and expansion of the Perelman Building, Philadelphia Museum of Art (Philadelphia, USA), renovation of the Andy Warhol Museum (Pittsburgh, USA), design of the Sotheby’s, Gagosian, and Marlborough Chelsea galleries in New York, and Pace Gallery in Beijing (China).

In 2018 the Gluckman Tang Architects received American Architecture Award from the Chicago Athenaeum for the Pavilion Fe Marion – gallery housing sculpture and drawings by Walter De Maria in Bridgehampton (New York, USA). In 2017 the Pavilion De Maria was recognized by the American Institute of Architecture (AIANY), and the Global Contemporary Art Museum – by the Chicago Athenaeum Award. In 2015 renovation and expansion of the Cooper Hewitt, Smithsonian Design Museum was awarded the Lucy Moses Preservation Project Award, New York Landmarks Conservancy.

Richard Gluckman has been a visiting critic and lecturer at Harvard University, Yale University, University of Pennsylvania, Parsons The New School for Design, Pratt Institute, and Syracuse University. He has served on the boards of The Andy Warhol Foundation for the Visual Arts and the Van Alen Institute. He currently serves on the board of Socrates Sculpture Park.

The lecture is supported by the Trust of Mutual Understanding in the Educational program of the 3rd St Petersburg Biennale of Museum Design.