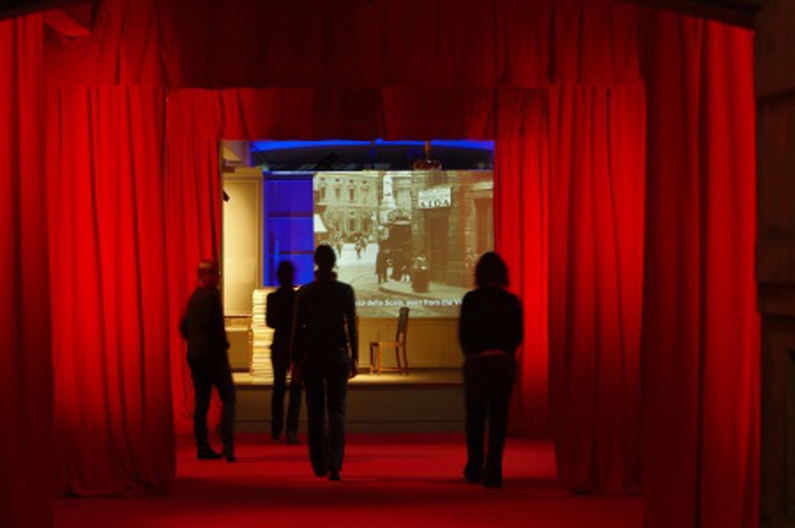 Scenography is a contemporary, multidisciplinary and holistic design discipline that makes use of the dramatic structures in literature, theatre, opera, audio, drama and film. These structures are reflected by dramatized parcours that take into account the altered cognitive bearing of the recipients and subsequently reflects upon interface between space, objects and people. Good scenography creates spaces of poetic resistance. Where these staged spaces become the messenger or the objects are displayed as an interpreted medium, we use the term "narrative design" – this is when architecture and objects start talking.

On both the national and international level, Prof. Uwe R. Brückner is highly esteemed as an opinion leader in the area of museum planning and exhibition design. He is regarded as an expert on the development of narrative spatial concepts. On the basis of his philosophy of design encapsulated in the phrase “form follows content”, he has created more than 100 exhibition sets and experiential environments for museums and corporate brands. His creative aspiration is to use stories and content to form spatial works of art (Gesamtkunstwerke) that get right to the heart of the content and are able to address visitors emotionally and intellectually through all of their senses.

Prof. Uwe R. Brückner studied architecture at the Technical University of Munich. After working for several years as a classical architect, he studied costume and stage design at the Kunstakademie (Academy of Arts) in Stuttgart. After completing his studies, he established his own atelier, which became the ATELIER BRÜCKNER in 1997.

The Atelier has developed more than 100 projects including National Maritime Museum in Amsterdam, BMW Museum in Munich, Archaeology in Switzerland – National Museum Zurich, Ethnographic Museum of Geneva, House of History – Baden-Wurttenberg, Darwineum in Rostock and others.

Atelier Brückner has won 200 architecture and design awards. In 2018 the Atelier was renowned by the Architekturforum for the August Horch Museum in Zwackau. In 2017 – European Museum of the Year Award for the exhibition design of the Ethnographic Museum of Geneva. Exhibition concept and design of the ‘Den Blå Planet’ – Denmark National Aquarium won 12 prizes and awards in 2016.

The lecture is organized by the PRO ARTE Foundation in partnership with the Manege Central Exhibition Hall and the Ascreen Company in Educational program of the 3rd St Petersburg Biennale of Museum Design.