3-7 December 2012, PRO ARTE Foundation lecture space featured Design for All workshop aimed at creating projects that help to adapt public spaces to the needs of the blind and visually impaired.

The Design for All concept has become an integral part of research and study at Aalto University School of Arts, Design and Architecture (Helsinki). The key idea of the concept is that products cannot exist without context and end-users, and it is designer’s task to make them available to wider public. The concept addresses diverse population groups: elderly people, pregnant women, children, people with disabilities, migrants, homeless etc. Also known as Universal design this principle becomes important when developing any project – that is why design schools all over the world make it part of their curriculum, in one form or another. Design for All covers a whole range of concepts: from designing projects to marketing, from humanities to science, from anthropology and ethnography to various forms of art.

The workshop was conducted by Marjo Mäenpää, Professor of Media Management in Aalto University School of Arts, Design and Architecture.

Marjo Mäenpää is known as a multimedia-producer and leader of a New Media Program for Professionals in Aalto University Media Lab. She teaches courses linked to text- and script-making, management strategies and creative economy; she also works on co-operation between museums and their audiences. Marjo Mäenpää has launched joint projects with Finnish museums aimed at spreading Design for All concept. She also works as a consultant and trainer for digital media projects.

The key task of the workshop is to create new concepts meant to help people with special needs integrate into society to the full extent.

26 young designers and architects were selected to participate in the workshop after an open competition in October 2012.

The workshop was organized by St. Petersburg Culture and Art Foundation PRO ARTE, supported by Cumulus International Association of Universities and Colleges of Art, Design and Media within the framework of the project Listening to Architecture. Composing Spaces. Baltic Network of Design, Architecture and Music. 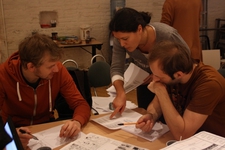 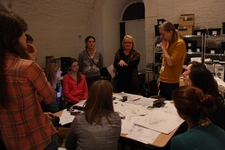 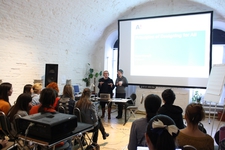 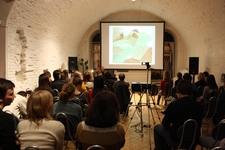 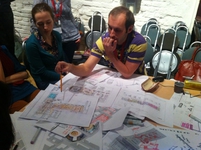 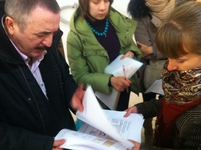 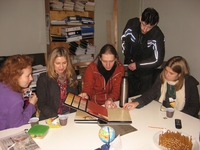 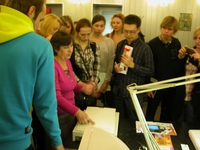