Auditorium of the A. Popov Central Museum of Communications

The A. S. Popov Central Museum of Communications

The Russian Federation Ministry of Culture

The annual festival “Pythian Games” is a signature event and know-how of PRO ARTE Foundation’s music programs. The first competition for composers was held in January 2002. The Games are conducted in the form of two concerts that focus on a particular theme. Each concert presents 5 compositions created by 5 composers who offer their interpretation of the theme. All the compositions are created specially for eNsemble and the Pythian Games. The competing compositions are performed anonymously with no authors’ names announced. In the final part of the concert the public chooses the winning piece by voting (using special voting papers) after which the name of the author is disclosed. The composer whose work gets the majority of votes is announced the winner of the Pythian Games and awarded the Grand Prix of the PRO ARTE Foundation.

The idea behind the Pythian Games is three-fold: first and foremost, to bring composers together to compete within a given theme both in mastership and paradoxicality and insightfulness of interpretation. Second, to ensure the fullest possible development of the theme unattainable for an individual composer however creative he might be. Third, to encourage the audience that may know very little, if anything, about contemporary academic music to participate in an active and meaningful listening process.

Over the past years the composers have created and the public has judged their works on the following themes:

War Against Poetry. Russian Spiritual Poems on the Last Judgment

Pas De Mythe. Music to an Imaginary Ballet on a Mythological Plot

Number. A Tribute to Pythagoras

The Futurist Congress. eNsemble Looks To the Future

What makes the 2011 Pythian Games distinctive and special is a young and strong team of contestants. Some of the invited composers such as Valery Voronov (Minsk / Cologne), Boris Filanovsky (St Petersburg), Alexandra Filonenko (Moscow / Berlin) have already established themselves as “advanced and distinguished” authors: their music is regularly performed in Europe by the leading western ensembles and can often be heard in Russia as well. Yesterday’s and tomorrow’s music conservatory graduates like Alexander Chernyshkov (Omsk / Vienna), Alexei Nadzharov (Moscow), Alexei Shmurak (Kiev), Alexander Khubeyev (Moscow), Anton Vasilyev (Cherepovets / Bremen), Sergei Khismatov (St Petersburg) are also not altogether unknown to the public: they have their own musical projects, participate and win in competitions for young composers. Six contestants of the current Games are finalists of the competition for young composers “Shag Vlevo” (“A Step off the Beaten Path”) held by the PRO ARTE Foundation.

Quiet Hour. eNsemble is Listening Out

The definition of music as broken silence has become a platitude. The composers are invited to respond to this definition. To what extent can the inaudible be made audible?

Dancing. eNsemble in the Dark

The title refers to Lars von Trier’s “Dancer in the Dark”. The composers are invited to participate in a ritual dance on a chosen theme, from exultation to lamentation. 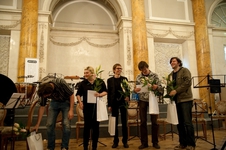 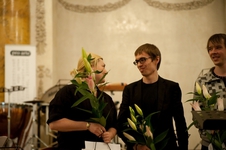 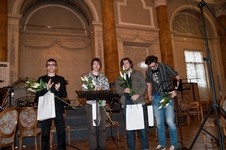 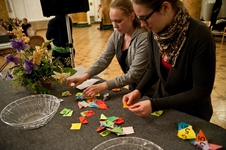 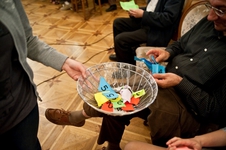 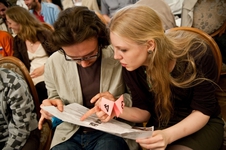 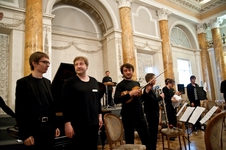 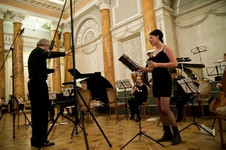 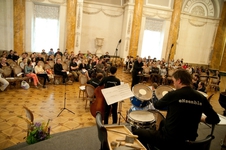 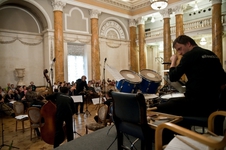 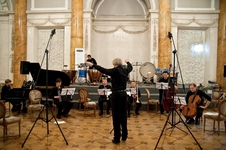 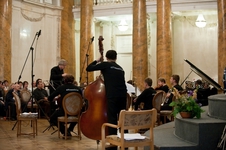 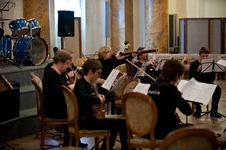 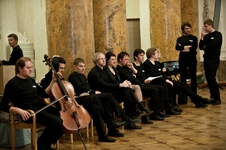 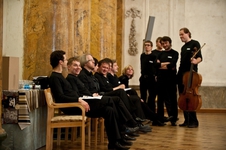 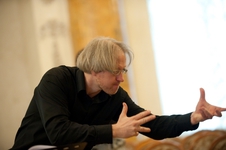