The St. Petersburg PRO ARTE Foundation for Culture and Arts

THE MUSEUM AND THE STATE

International conference The Museum and the State devoted to topical issues of cooperation of museums with state institutions was held at the Hermitage Theater. It was arranged in continuation of a series of conferences, meetings and discussions of the leading representatives of museum community that have been arranged by the State Hermitage in the partnership with the St Petersburg PRO ARTE Foundation since 2006.

The conference was attended by directors of the world’s leading museums, supervisors, administrators, representatives of city and Federal state institutions of ministries of Russia and foreign countries. Reports included in the session programme covered the most topical issues of museum development under conditions of modern economy and law. The following matters were brought up for discussion: museum economy, its activity and budget financing; the problem of preserving cultural heritage; the role of the state and the museum in reconstruction of museum buildings; replenishment of museum collections; state legislation and museum development.

Among the conference’s participants were the Federal Agency for Supervising the Observance of Laws in the Field of Protection of Cultural Heritage of the Russian Federation, the St. Petersburg Government, the Committee of the State Inspectorate for Preservation of Monuments, the RF Chamber of Accounts, the Victoria and Albert Museum, State Museums of Berlin, the Rijksmuseum, the Acropolis Museum, Restoring Ancient Stabiae Foundation, the Shanghai Museum, the State Tretyakov Gallery, the Peterhof State Reserve Museum, the Tsarskoye Selo State Reserve Museum, the Kerchensky Reserve Museum, the Ministry of Culture of the Ukraine, the Ministry of Culture of Italy, the Russian State Humanitarian University, the Kemerovsky Regional Museum of Visual Art, the Tsaritsyno State Historical Architectural Art and Landscape Reserve Museum. 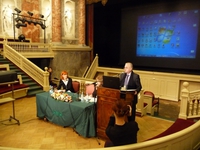 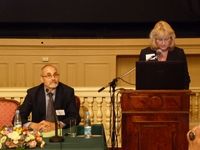 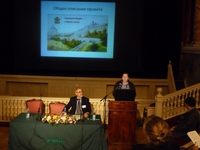 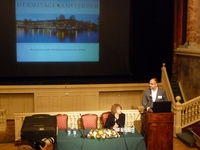 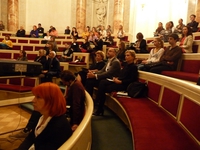 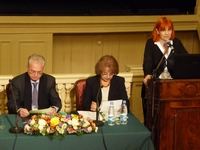 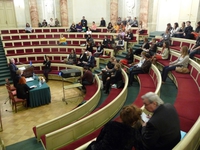 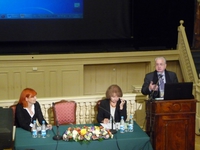 Welcome by Mikhail Piotrovsky, Director of the State Hermitage Museum

Welcome by Elena Kolovskaya, Director of the PRO ARTE Foundation

The Role of Cultural Foundations in Italy: New Perspectives of Collaboration between Public and Private Institutions

From the Altes Museum to the Humboldt-Forum. National Responsibility for Cultural Heritage

Museums in Historic Buildings of St. Petersburg. Restoration and Reconstruction: a Possible Compromise

Organization of Travelling Exhibitions as a Strategy for Valorization of Cultural Heritage: a Case Study

Victor Faybisovich, Head of Acquisitions Department of the State Hermitage

The State Hermitage and the State: Growth of the Collection after the Fall of Monarchy

Between Museum and the State. Experience of One Small Charity Foundation

Anna Trofimova, Head of Department of Classical Antiquities and Secretary of the Committee for Constant Display, the State Hermitage Museum

13.00 Closing of the Conference

Project:  PROJECTS WITH THE HERMITAGE